As students get settled back on campus for the start of the semester, many find themselves looking to explore the social and student organizations on campus that serve an essential role in fostering a true college experience. 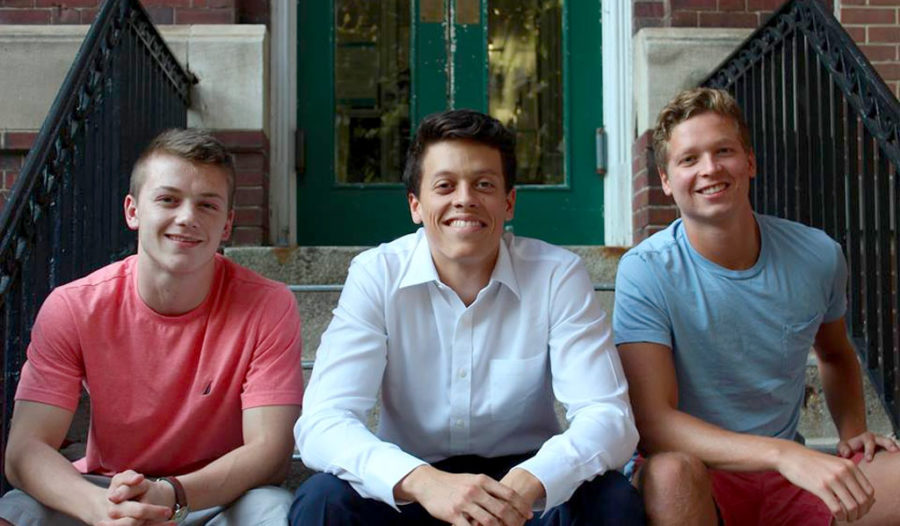 For many new students, this includes learning more about Greek life and the impact it can have on one’s time in college.

Greek life is new to many incoming first year students and a source of anxiety for students trying to find their way through college. To help understand the role that fraternities play in campus life at George Washington University, here’s a rundown on some common questions we hear from GW students.

Are fraternities popular at GW?

Fraternities are not as popular at George Washington University as they are at many other larger schools. Many students who enroll at GW do so to attend college in Washington, DC and often pursue degrees associated with government work or law. As such, social organizations like fraternities play less of a role in campus life, since students have an abundance of opportunities to get involved in associations and organizations relevant to their studies and career goals.

What percent of GW students participate in fraternities?

Around 11% of undergraduates at George Washington University participate in Greek Life. This is based on chapter enrollment numbers provided by the Division of Student Affairs at GW, which oversees Greek life at the university. Colleges, where fraternities and sororities are most popular, tend to see Greek life at ~25% of undergraduates.

What are the benefits of being in a fraternity at GW?

The benefits of being in a fraternity at George Washington University vary depending on the type of fraternity joined. Those who join a multicultural fraternity often do so to find students with common interests and backgrounds, while those who join a traditional Greek chapter may be legacy students following in the footsteps of family members who participate in Greek life during their time in college. Those who join frats often find it helps build leadership skills and balance, as students have to juggle both their studies and chapter responsibilities. Most fraternities also participate in fundraising and philanthropic efforts throughout the year, so students benefit from being involved in service projects during their time at GW. 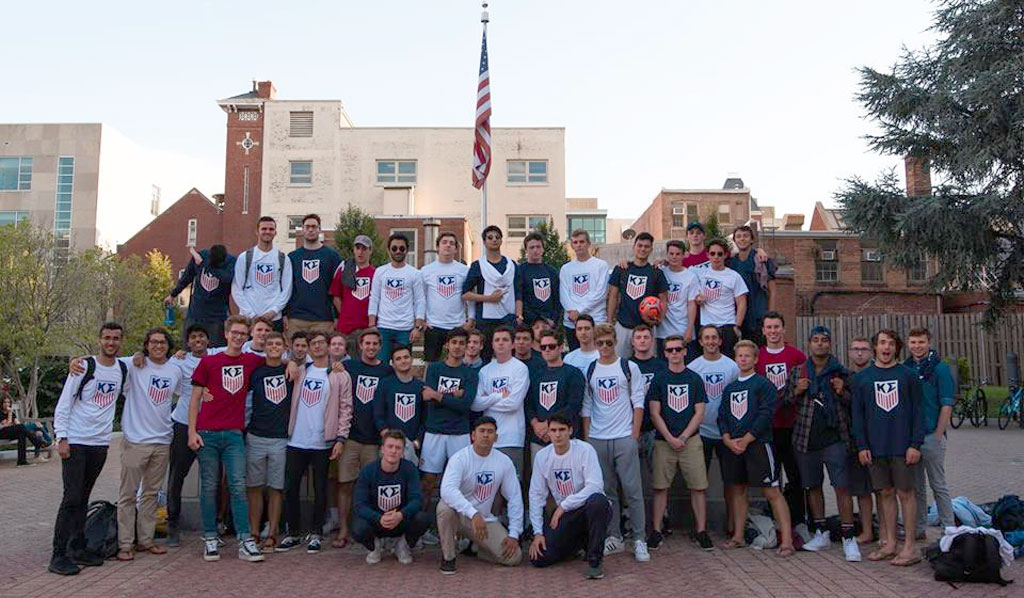 The fraternity rush process at GW, also known at recruitment, happens at the start of both the fall and spring semesters.

How many fraternities are there at GW?

George Washington University has 15 fraternities, including traditional Greek and multicultural chapters on campus. All Greek chapters at GW are governed by one of four governing councils, which coordinate Greek activities and serve as a liaison between the individual chapters and the university.

The nine fraternities at George Washington University governed by the Interfraternity Council (IFC) are:

The Multicultural Greek Council (MGC) governs culturally-oriented sororities and fraternities at GW, including Greek chapters for specific racial, ethnic, and social groups on campus. The 2 fraternities governed by the MGC are:

The other governing council at GW, the Panhellenic Association, governs sororities on campus.

When does the fraternity rush begin at GW?

The fraternity rush process at GW, also known at recruitment, happens at the start of both the fall and spring semesters. The Formal Recruitment process occurs in the spring when the IFC coordinates recruitment events among its chapters for potential new members to join. Formal recruitment will take place from January 30th – February 10th, 2023, for the Spring 2023 semester. Some fraternities participate in an Information Recruitment process in the fall semester for new members, but this varies by chapter.

Students interested in recruitment must register in advance and complete a series of online modules to confirm they are eligible to join a fraternity at GW based on their academic standing and grade point average.

How much does it cost to join a fraternity at GW?

Members of a fraternity at GW can expect to pay a few hundred to a few thousands dollars in dues and fees each semester, with costs varying by fraternity chapter. These expenses cover the cost of local dues to the George Washington University chapter, national dues to the national headquarters of the fraternity, as well as fees associated with initiation, maintaining membership, and social events throughout the year.

These expenses do not include the cost of social events hosted by the fraternity throughout the year. Active members can expect additional personal expenses for formals, off-campus outing, and activities with other Greek organizations on-campus beyond their semester dues

Do fraternities have their own houses at GW?

Some fraternities at GW have their own house on-campus. These include both on-campus townhouses managed by the university – in an area known as Townhouse Row – or in privately owned and operated houses located within the GW campus. The fraternities that have a house in Townhouse Row are Sigma Chi and Beta Theta Pi. Most others have independently-owned or individual houses within the boundaries of campus.

Varsity on K offers modern studio, one, two, and three-bedroom apartments in a historic building that reflects that charm of the Foggy Bottom neighborhood. For information about pricing and availability, contact the Varsity on K team at (866) 412-5648.